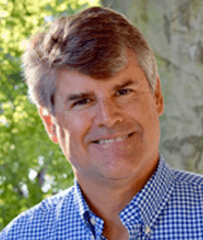 Jeremy (Jerry) Howard is Co-Founder and Principal of Strategy First Partners, a marketing and brand strategy firm founded in 2002. Strategy First has applied its trusted recommendations across hundreds of engagements for diverse brands such as Coca-Cola, Dell, MetLife, Converse, Xero, Water.org, Vanguard Investments, and Intel.

Jerry has spent much of his 30+ year business career living and working internationally. Prior to founding Strategy First, Jerry was previously the Worldwide Director for Brand Coca-Cola from 1996-2000. At Coke, he and his team worked with marketing and general managers in more than 50 countries. During his tenure, the world’s most valuable brand delivered record revenue and earnings each year. Before joining Coca-Cola, Jerry spent 11 years (1985-1996) with The Procter & Gamble Company where he was Director of Marketing for the P&G Japan Beauty Care business that included several of the largest and most profitable consumer brands in the P&G Japan portfolio.

Jerry previously served on the board of Water.org (2002-2009) and was non-Executive Chairman of Water.org. He is currently a board member of CASA of New Hampshire, whose mission is to protect every abused child’s right to grow up in the embrace of a loving family. He is a graduate of Cornell University, with a Bachelors of Science in Operations Research / Industrial Engineering, and a Masters in Business Administration.